I have been sitting here for a while trying to write what I wanted to say about shooting Sangeeta and Spencer’s Kananaskis wedding at the Delta Lodge. I was originally going to write about my experience shooting my first Indian wedding and how I loved everything about it, but I got thinking about their day. It all changed so quickly and unexpectedly! Their ceremony was originally going to be outside, but with a big drop in temperature, along with a little rain and snow, they were forced to move everything indoors. Due to other unforeseen late arrivals, their entire schedule ended up getting pushed back over an hour, eating into their portrait session time and messing with other schedules. While many couples would have been visibly frustrated with how everything was turning out, Spencer and Sangeeta still had smiles on their faces regardless of everything going differently than originally intended. I was so impressed with Sangeeta and Spencer and the way they handled all the changes. These two just enjoyed their day and being with each other regardless of what happened. They were less concerned about the details and more about the love they have for each other, the commitment they were making, and the time they got to enjoy with family and close friends. It inspired me to better myself in that way as well, not getting worked up over things I can’t control and enjoying the important things. Thanks for being awesome, Sangeeta and Spencer! Now without me blabbing away any longer, here are a few images from their day: 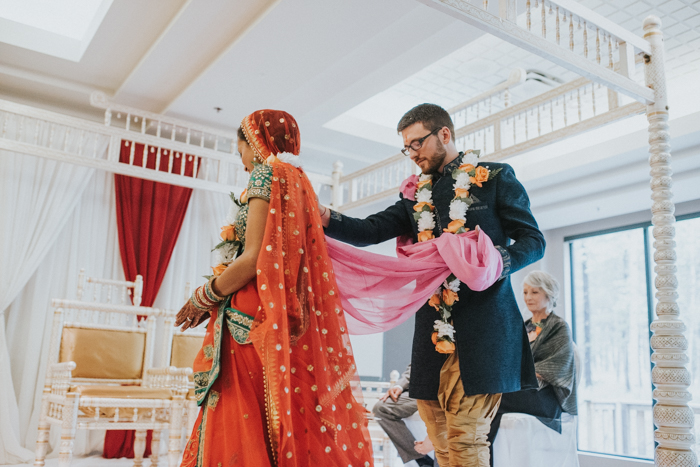